skip to main | skip to sidebar

Living on the Back of a Turtle (North America)

Professor of Native American History Donald Grinde Jr. talks with Giorgio about the influence of Iroquois legends on early America. Their creation mythology of Sky Woman suggests that the Iroquois knew exactly what America looked like from high above the Earth without the help of modern satellite technology.
http://www.history.com/shows/in-search-of-aliens/season-1/episode-8/hidden-symbols-of-the-dollar-bill

Hidden Symbols of the Dollar Bill

Duration:
1m 11s  Former Grand Master and 33rd Degree Mason Akram Elias discusses the possibility of hidden Masonic symbols on American money. Did these symbols, which can be found in ancient cultures around the world, come from an otherworldly source? 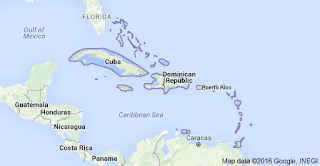 This is our Native History

Coming home from Washington DC yesterday, I was listening to a Caribbean talk show. All they did was argue about how they should present their culture to the young. I am over 60 years old. All my life, I have heard talk shows by Blacks, Natives, and Caribbean peoples talking about the same things all the time. In 60 years, I have not heard of a conclusion.

Why? Because time moves forward and when the next generation is born and the last generation dies, culture changes. For you people that read my blogs about my ancesters, Eliza Thorn or Lacey Brown (19th Century), if they came in contact with David and Daniel Tulloch (21st Century) you will find out that they cannot talk to one another. They all speak English but come from different cultures. Hell, I can't talk to David and Daniel myself. You probably said the same thing about your grandchildren.

My people are basically Natives. They believe in the fact that Native people live on the back of a turtle. Europeans and their descendants think that "God created the heavens and the Earth. Other people believe in other things. But when you take a look at all the beliefs and compare them, it all comes down to the same thing. The information is explained in different culture settings.

David and Daniel's culture is developing into a Native background with a Caribbean foreground. Their culture will include the many people's of the British Empire.

Here is how Native Culture Developed

This explains why some professor said that my older brother has Irish DNA in him. Some of our ancestors walked here thousands of years ago from Europe. Others walked here from Asia. 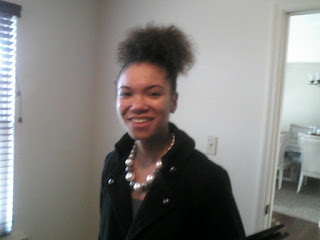 This is why my Youngest daughter Amanda looks like she does from Asia.

**********************
The Mohawks went to Philadelphia and helped Franklin draft the constitution. But because Native culture was inclusive but European people did not include people from other villages, the Constitution in America is not working.
https://www.youtube.com/watch?v=h2EU6HuTixA

A study of skulls excavated from the tip of Baja California in Mexico suggests that the first Americans may not have been the ancestors of today's Amerindians, but another people who came from Southeast Asia and the southern Pacific area.

The question of who colonized the Americas, and when, has long been hotly debated. Traditionally, Native Americans are believed to have descended from northeast Asia, arriving over a land bridge between Siberia and Alaska some 12,000 years ago and then migrating across North and South America.

But recent research, including the Baja California study, indicates that the initial settlement of the continent was instead driven by Southeast Asians who occupied Australia 60,000 years ago and then expanded into the Americas about 13,500 years ago, prior to Mongoloid people arriving from northeast Asia.

The skulls from Baja California, which may date back only a few hundred years, have slender-looking faces that are different from the broad-cheeked craniums of modern Amerindians, the descendants of the Mongoloid people.

"Our results change the traditional idea that all modern Amerindians present morphological affinities with East Asians as a result of a single migration," said Rolando González-José of the University of Barcelona, Spain, who led the study. "The settlement of the New World is better explained by considering a continuous influx of people from Asia."

The new study is reported in this week's issue of the science journal Nature, and could further fuel the controversy surrounding the origins of the first Americans, which is a controversial issue for American Indians in particular.

Conventional wisdom says that Native Americans descended from prehistoric hunters who walked from northeast Asia across a land bridge, formed at the end of the Ice Age, to Alaska some 12,000 years ago. American Indians resemble the people of Mongolia, China and Siberia.

In the 1930s, archeologists found stone spear points among the bones of mammoths near Clovis, New Mexico. Radio carbon dating in the 1950s showed that the oldest site was 11,400 years old. The sites were assumed, for years, to be the first evidence of human occupation in the Americas.

But more recent discoveries challenge the Clovis story. In 1996, archeologists in southern Chile found weapons and tools dating back 12,500 years. In Brazil, they found some of the oldest human remains in the Americas, among them a skeleton—named Luzia—that is more than 11,000 years old.

Luzia did not look like American Indians. Instead, her facial features matched most closely with the native Aborigines in Australia. These people date back to about 60,000 years and were themselves descended from the first humans who probably originated in Africa.

The researchers believe Luzia was part of a people, referred to as "Paleoamericans," who migrated into the Americas—possibly even by boat—long before the Mongoloid people. These Paleoamericans may later have been wiped out by or interbred with Mongoloids invading from the north.

The Constitution, the Articles, Federalism

In which John Green teaches you about the United States Constitution. During and after the American Revolutionary War, the government of the new country operated under the Articles of Confederation. While these Articles got the young nation through its war with England, they weren't of much use when it came to running a country. So, the founding fathers decided try their hand at nation-building, and they created the Constitution of the United States, which you may remember as the one that says We The People at the top. John will tell you how the convention came together, some of the compromises that had to be made to pass this thing, and why it's very lucky that the framers installed a somewhat reasonable process for making changes to the thing. You'll learn about Shays' Rebellion, the Federalist Papers, the elite vs rabble dynamic of the houses of congress, and start to find out just what an anti-federalist is.

Viewers of this blog

About Me and Why I Blog to People